The EDCTP-funded PanACEA consortium (Pan-African Consortium for the Evaluation of Antituberculosis Antibiotics) who were recently awarded their second EDCTP grant worth almost € 11.4 million (PanACEA2), held a kick-off meeting in Cape Town, South Africa from 7-8 March 2017. The German and Swiss governments will contribute direct co-funding to PanACEA2 to the amounts of almost 3 million euro and 336.000 euro, respectively. The meeting gathered 80 delegates from all beneficiaries of the grant to go over what will be tackled during the next 5 years. Senior Project Officer Dr Monique Surette attended the meeting on behalf of EDCTP. 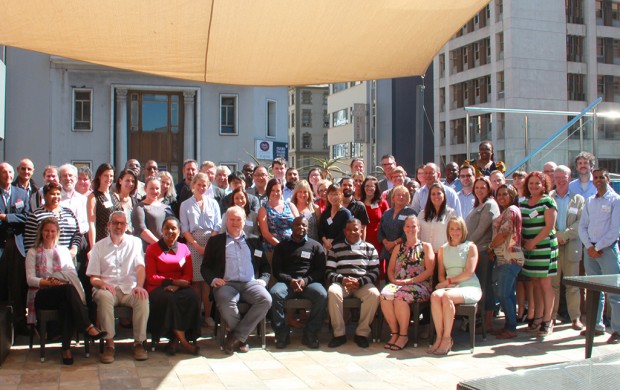 The PanACEA2 programme aims to develop at least two promising TB-treatment regimens with sound prediction data for a successful phase III evaluation, and advance one new agent into phase IIB. It will take full advantage of state of the art technologies, including innovative trial designs, new microbiological markers of treatment response, pharmacokinetic-pharmacodynamic analyses and modelling techniques. As a result, drug development processes could be accelerated by several years. PanACEA2 trial activities will be conducted at 11 research sites in six countries (Gabon, Malawi, Mozambique, South Africa, Tanzania, and Uganda) in sub-Saharan Africa with integrated research capacity development.

“We are highly optimistic with the launch of the second chapter of PanACEA which builds on earlier investment in R&D and capacity development. The consortium is managing a mini-portfolio of drug development and takes on major clinical challenges. It adresses an issue relevant to policy: the need for shorter and simpler treatments for both drug-sensitive and drug-resistant tuberculosis.”

The key objectives of the PanACEA programme are:

“We are very happy PanACEA will continue its programme. It is important for progress in TB drug development, the future of the clinical trial network we built, and our partnership that aims to transfer scientific leadership to African researchers.”

PanACEA is an African–European consortium formed in 2008 and funded by EDCTP to 2015. The consortium includes 11 African research sites in six countries, including world leading research institutions such as the Universities of Cape Town, Stellenbosch, Witwatersrand, and the Aurum Institute for Health Research in South Africa, the Ifakara Health Institute, the Mbeya Medical Research Centre, and the Kilimanjaro Clinical Research Institute in Tanzania. European partner institutions are the University of Munich (Germany), Radboud University (The Netherlands), Swiss Tropical and Public Health Institute (Switzerland), University of St. Andrews, (United Kingdom), and University College London (United Kingdom).

PanACEA’s open approach to drug developers has facilitated access to a comprehensive portfolio of new drug candidates, including Q203, BTZ043, and several ß-lactams. Through cooperation with the PreDiCT-TB consortium and the German Center for Infection Research (DZIF), PanACEA has access to modelling, and enhanced preclinical efficacy testing in standard and humanised mouse models to complement clinical trial data. Importantly, PanACEA is working with other TB trials networks beyond Europe (including the TB Alliance, the US NIH and the US CDC TBTC), to enhance coordination in development and avoid duplication. For more information on the first PanACEA programme, see also the PanACEA website.