This prize is named after Dr Pascoal Mocumbi, EDCTP’s first High Representative and former Prime Minister of Mozambique, in special recognition of his significant contribution to the development of EDCTP as an international collaborative research partnership. It is to be awarded to senior scientists, policy-makers or advocates for health and research, from anywhere in the world.

Objective of the prize

During his 10-year-tenure as High Representative of EDCTP (2004-2013), Dr Mocumbi worked to promote capacity development initiatives and networking, as well as championing African ownership in various partnerships. He urged policy makers to support funding of health research in their own countries and to commit themselves to solving national health problems. The Dr Pascoal Mocumbi Prize aims to reward an individual in recognition of his/her outstanding achievements in advancing health research and capacity development in Africa with significant impact on the wellbeing of the African population.

The Dr Pascoal Mocumbi Prize consists of a recognition trophy and a cash prize of € 50,000. The cash prize shall be used by the prize winner to further the capacity development and networking activities contributing to the objectives of the EDCTP2 programme and promote international cooperation between Africa and Europe. 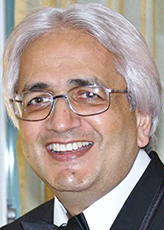 Sir Alimuddin (Ali) Zumla is ranked as the world’s top communicable diseases expert and has authored 22 medical textbooks and contributed to 800 publications worldwide. Sir Ali is renowned for his empowerment of African and European scientists. 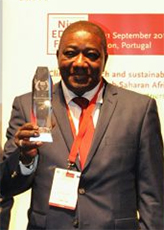 Prof. Souleymane Mboup is a pioneer in HIV research in Africa. His career spans more than 35 years and has been dedicated to HIV-related research and lecturing at the Cheikh Anta Diop University of Dakar and partner universities across the world. He and a research team discovered the HIV-2 virus. 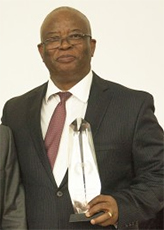 Prof. Fred Binka is one of the most respected public health physicians in Africa. He was responsible for major research initiatives, including showing the public health impact of vitamin A supplementation, insecticide-impregnated bed nets, and rotavirus and meningitis vaccination. His work as founding director of the INDEPTH network has been key to documenting the burden of mortality and morbidity in African countries and provided the framework for multiple intervention trials. He made substantial contributions to the setting up of the Roll Back Malaria Programme and of EDCTP. 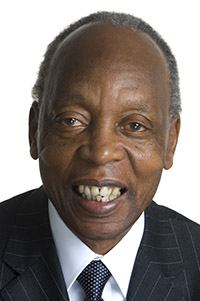 During his tenure as High Representative, Dr Pascoal Mocumbi assisted EDCTP in building political support, particularly in Africa. He was engaged in many international meetings with high-level representatives from Africa and Europe, including a meeting with the President of the European Commission, José Manuel Barroso, and other stakeholders to discuss current and future challenges related to HIV/AIDS, tuberculosis and malaria. In 2011, he represented EDCTP at the Senior Officers of the EU-AU Meeting (SOM EU-AU) dialogue. Moreover, he addressed the High-Level Meetings on the second EDCTP programme in Cape Town, South Africa (2012), and the Second High-Level Meeting on EDCTP2 in Dakar, Senegal (2013).

He was Prime Minister of Mozambique from 1994 to 2004. Prior to that, he headed the Ministry of Foreign Affairs for 8 years and the Ministry of Health for 6 years. From 1989 to 1998, Dr Mocumbi served in the World Health Organization’s Task Force on Health and Development. In 2005, he was appointed WHO Good Will Ambassador for Maternal, New-born and Child Health for the African Region. He has also had an active role in other global health initiatives.

Pascoal Mocumbi obtained his medical degree from the University of Lausanne, Switzerland, in 1973. After completing his studies, he returned to Mozambique where he practiced medicine as obstetrician and gynaecologist in hospitals throughout the country before serving in political high office.