The establishment of EDCTP

EDCTP is an EU-funded partnership between institutions mandated by the governments of 15 European and 21 African countries. Launched in 2003 and renewed in 2014 with funding through to 2024, EDCTP has been the focal point for EU support for global health research in Africa, and a visible sign of the EU’s commitment to the Millennium Development Goals and more recently the Sustainable Development Goals. Through its evolution, EDCTP has been driven by the infectious disease priorities of sub-Saharan Africa and the need to develop African countries’ capacity to collectively address these priorities into the future.

EDCTP was initially established as the first initiative based on Article 185 of the Treaty on the Functioning of the EU (ex-Art. 169), which allows the EU’s participation in research programmes jointly undertaken by several EU countries.

With support of the EU, the EDCTP programme has brought together the combined strengths of its European Participating States with those of their sub-Saharan African counterparts and interested third parties to address the global challenge of fighting poverty-related infectious diseases, which is beyond the capacity of individual countries. It facilitates cross-border research in Europe and sub-Saharan Africa and contributes to the development of the European Research Area. The programme also promotes sustainability and African ownership through support of capacity building in sub-Saharan African countries. Through EDCTP, European countries have a coherent and coordinated voice internationally and a common strategy for clinical research to fight poverty-related infectious diseases in sub-Saharan Africa.

During its first programme (EDCTP1, 2003-2015), EDCTP operated as a European Economic Interest Grouping (EEIG) incorporated in the Netherlands, with its membership restricted to 16 countries in the European Economic Area.

The EDCTP1 programme supported clinical trials on treatment drugs, vaccines, microbicides and diagnostics, focussing on HIV/AIDS, tuberculosis and malaria. The aim of the programme was to pool European resources, funding and activities to achieve a greater impact against these three poverty-related diseases, and to promote a joint approach to global health research funding among European countries. Through its funding instruments, it contributed to the coordination and cooperation among European national research programmes. A programmatic funding approach was developed that focused on clinical trials as the core activity with integrated networking and capacity development. EDCTP1 provided professional training to 514 African scientists and medical doctors, including 56 Career and Senior Fellows, as well as more than 406 Master’s and PhD students.

The EDCTP1 programme also contributed to networking African researchers, which resulted in the establishment of four African Regional Networks of Excellence for clinical research. Moreover, the ethics and regulatory environment was improved by strengthening ethics review capacity and national regulatory authorities in many African countries. EDCTP was the main funder of the African initiative to establish the Pan African Clinical Trials Registry (PACTR), which is now an official WHO Primary Clinical Trials Registry. 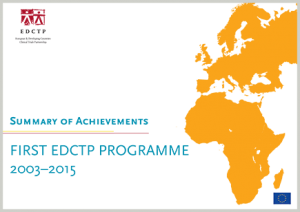 Based on the success of EDCTP1, the second EDCTP programme (EDCTP2) was launched in 2014 as another Article 185 Initiative as part of the next European Framework Programme for Research and Innovation – Horizon 2020. Read more about the Decision of the European Parliament and Council on EDCTP2.

Running until 2024, the scope of EDCTP2 is based on the objectives and achievements of EDCTP1, with an expansion to cover neglected infectious diseases, diarrhoeal diseases, lower respiratory tract infections, and emerging and re-emerging infections affecting sub-Saharan Africa (such as Ebola, yellow fever and COVID-19), in addition to HIV, TB, and malaria. EDCTP2 also supports all phases of clinical trials (I–IV) as well as medicinal product-focused implementation research.

The legal structure for implementing the EDCTP2 programme has also evolved from EDCTP1, with an EDCTP Association (under Dutch law) having been established in 2014 to allow EDCTP2 membership to be opened up to sub-Saharan African countries, thus ensuring a true European-African partnership. EDCTP2 receives funds from the European Union through the Horizon 2020 programme. EDCTP2 Participating States also make contributions (cash or in-kind) to activities aligned with EDCTP’s goals. EDCTP partners, including industry, product development partnerships, development cooperation organisations and research institutions, also make cash or in-kind contributions to EDCTP2 calls. Learn more about the funding of the EDCTP2 programme. 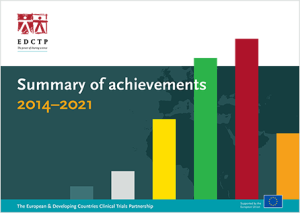 The Global Health EDCTP3 Joint Undertaking will support international research partnerships accelerating the clinical evaluation of drugs, vaccines and diagnostics for key infectious diseases affecting sub-Saharan Africa, as well as novel approaches for surveillance and control of emerging/re-emerging infections in the region and globally. It will also strengthen clinical research capacity in sub-Saharan Africa. Building on the two previous EDCTP programmes, the Global Health EDCTP3 Joint Undertaking will ensure that more people gain access to new medical interventions and help to protect regional and global health security. By 2030, it aims to have progressed to license at least two new health technologies tackling infectious diseases, and to have supported at least 100 research institutes in 30 countries to enable effective and rapid research response to develop health technologies against re-emerging epidemics.

The adoption of the Council Regulation was the official start of the Global Health EDCTP3 Joint Undertaking, which is currently at the set-up and implementation stage, including recruitment of staff, appointment of advisory bodies and adoption of work programmes. It is established until 31 December 2031. Please consult the Global Health EDCTP3 Joint Undertaking website for recent developments. 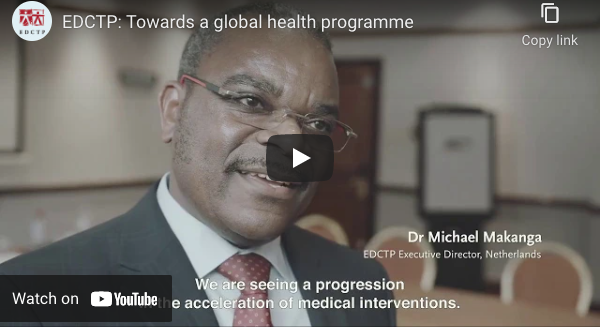