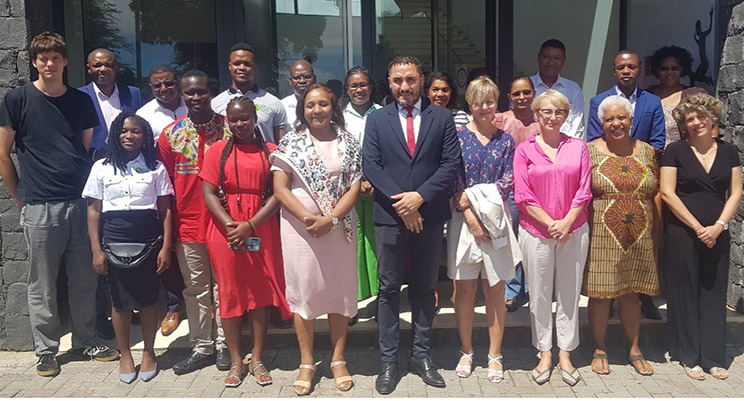 In 2020, a consortium of researchers from Cabo Verde, Guiné-Bissau, Moçambique, Portugal, and Denmark were granted emergency funding to study the impact of the BCG vaccine on health care worker (HCW) absenteeism during the pandemic. We hypothesized that BCG vaccine could mitigate the impact of the pandemic until specific COVID-19 vaccines became available. We aimed for a multi-centre trial with enrollment of 350 health care workers in each African country. This would be the first clinical trial to be carried out in Cabo Verde.

Similar trial protocols were submitted to the ethics committees in the three countries. The protocol received approval in Guiné-Bissau and Moçambique, but the national committee for ethics in health research (CNEPS) of Cabo Verde did not approve the trial, due to a lack of regulation on clinical trials in the national law. The National Health Service Basic Law (Lei nº41/VI/2004 (B.O. n.º 10, 05/04/2004) emphasises the importance of and encourages the conduct of clinical trials, but highlights that this type of research is always conducted according to rules defined in a specific decree-law. However, until then, no law or regulation on clinical trials had been produced in the country. Therefore, we had to turn the trial into a 2-country trial – and instead design a case-cohort study in Cabo Verde, observing the objectives of the clinical trial, as well as studying the factors associated with the transmission and dynamics of SARS-CoV-2 infection among HCWs. However, the Cabo Verde team followed the 2-country trial closely and participated in all the training activities related to clinical trials given that one of the objectives was to strengthen the research capacity of the countries covered.

As a result of this unfortunate situation; however, the Ministry of Health in Cabo Verde created a National Task Force on Clinical Research Legislation (Order No.2/2021) to coordinate and monitor the process of elaboration and implementation of a legal framework in the field of biomedical research, clinical trials, and public health research. Thus, although the mentioned clinical trial was not implemented in Cabo Verde, the situation raised political and scientific awareness of the urgent need to develop institutional and legal frameworks for clinical research in Cabo Verde.

This achievement was also supported by the EDCTP-funded project BERC-Luso. In this scope of this project, the first course on “Bioethics in Health Research” in Cabo Verde was held on 17-22 February 2020 at the Hotel Oasis Atlântico Praiamar at Cape Verde’s Cidade da Praia, being also the first training on ethics for most of the members of the Comité de Ética em Pesquisa para Saúde (CNEPS).

The BCG-COVID-RCT consortium members came together at a recent workshop in Cabo Verde, where the partners met for the first time after more than 100 online meetings. The workshop was opened by representatives from the Ministry of Health and the University of Cabo Verde. They praised the important role the consortium has played in initiating the process to establish the legal framework for clinical trials in Cabo Verde and appreciated the research capacity building that has taken place. Now, the road has been paved for future clinical trials in Cabo Verde. We expect the approval of the law that regulates the practice of clinical trials in the country, enabling to help Cabo Verde to build research and health care capacity and quality, support new knowledge, improve local infrastructures, and boost the economy.