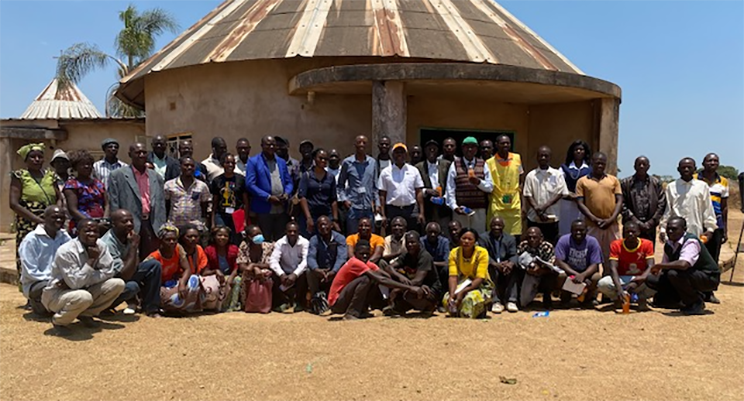 CIDRZ TEAM, Community volunteers and Stakeholders in Lukanga Swamps at the dissemination meeting conducted in October 2021.

In cholera-endemic areas, the periodicity of cholera outbreaks remains unpredictable, making it difficult to organize preventive efforts. ChoVaxim set out to report on (i) the immunogenicity and waning of immunity to Shanchol™ and (ii) assess the impact of the human immunodeficiency virus (HIV) and micronutrient deficiency as indicated by serum retinol levels (a proxy for vitamin A) in Lukanga Swamps where oral cholera vaccine (OCV) was deployed for the first time during the 2016 outbreak.

ChoVaxim enrolled 223 participants aged between 18 and 65 years old from whom serum samples were collected at baseline, day 28 before administration of the second dose, and consecutively at 6, 12, 24, 30, 36, and 48 months.

ChoVaxim found that Shanchol™ was immunogenic in our study population and that vibriocidal antibodies may not be a good marker for long-term immunity. The observed rise in titres after 36 months suggests natural exposure, and this may be a critical time window opening for natural transmission in an endemic area. ChoVaxim recommends re-vaccination at this time point in high-risk areas.

Also, of the HIV-positive participants, vibriocidal antibody titers were lower and responded poorly to the OCV Shanchol™ compared to their counterparts.