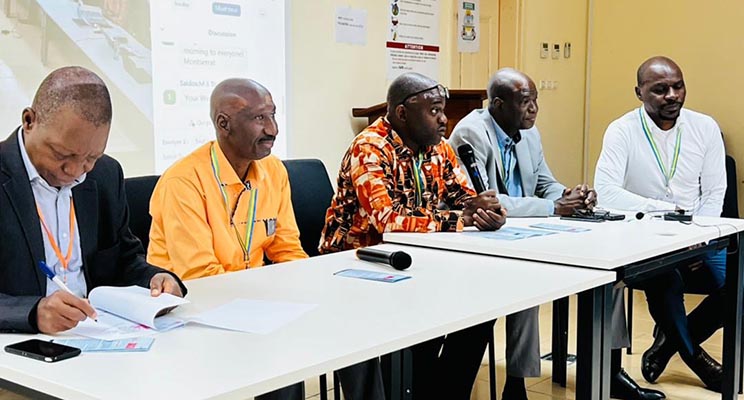 The WANECAM-2 is led and coordinated by Prof. Abdoulaye Djimdé of the Université des Sciences, des Techniques et des Technologies de Bamako (USTTB), Bamako, Mali, with partners from Burkina Faso, France, Gabon, Germany, the Netherlands, Niger, Sweden, Switzerland, and the United Kingdom. It is a unique collaboration of ten academic institutions, in collaboration with a pharmaceutical company, Novartis AG, and a not-for-profit product development partnership (PDP), Medicines for Malaria Venture (MMV). The grant supports clinical trials of a novel antimalarial combination comprising KAF156 (ganaplacide) and lumefantrine (LUM-SDF) in a once-daily formulation. KAF156 has demonstrated the potential to treat resistant malaria and to be administered as a single dose. Furthermore, the grant also contributes to build and strengthen research capabilities in the four participating African countries: Burkina Faso, Gabon, Mali and Niger.

The WANECAM-2 consortium held its 2nd Annual Investigators Meeting at the Centre de Recherches Médicales de Lambaréné (CERMEL) in Lambaréné, Gabon on 15-16 March 2022. The opening ceremony started with welcome notes from Prof. Abdoulaye Djimdé (Project Coordinator), Prof. Ayola Akim Adegnika (Director at CERMEL), Prof. Ghyslain Mombo-Ngoma (Head of Clinical Operations at CERMEL) and an opening remark by Dr Julien Meyong Békalé, Regional Director of Health, representing the Government of Gabon. The meeting was attended by 40 investigators, including representatives from Novartis, MMV and EDCTP (virtually), and main meeting objective is to provide updates on the phase 2 trial per study site and an status on the preparation of the phase 3 study protocol. Next, the different work packages (WP) leaders gave an update of the WP component under their responsibility, were lessons learnt were discussed and mitigations actions, mainly because of the COVID-19 pandemic, implemented. The focus of the meeting was primarily on the progress of the nearly completed phase 2 clinical trial or KALUMI study (WP2), where a new antimalarial combination of KAF156/LUM-SDF is being assessed. The KALUMI phase 2 study was divided in 2 parts, were more more than 500 patients with uncomplicated malaria were enrolled. In Part A, the study recruited 375 adults and adolescents and all tested KAF156/LUM-SDF dose regimens met the primary endpoint, with no special safety observations found. In Part B, the efficacy and safety of KAF156 400 mg/LUM-SDF 960 mg was further evaluated in 175 children (6 months to <12 years of age) when given fasted as 1-, 2- or 3-day dose treatments (45-55 patients per arm). The primary findings showed that in children (Part B) a 3-day dose regimen of KAF156 400 mg/LUM-SDF 960 mg met the criteria for success, with a cure rate of 94.9% (82.7, 99.4), similar to that of Coartem of 95.5% (77.2, 99.9). One and 2-day regimens failed to achieve the criteria for success. In general, KAF156/LUM-SDF was well tolerated although Adverse Events (AEs) were more frequent than for Coartem®. AEs in children (Part B) were reported at a similar or lower frequency than in adults/adolescents (Part A). Vomiting rates in children was low (approx. 7-13%) compared to known malaria caused vomiting of 15-20%. No deaths or SAEs were reported in the run-in cohorts. Overall, the combination of KAF156/LUM-SDF has a very acceptable safety profile in children. Next, a protocol amendment to better assess the safety and efficacy within the children’s cohort (cohort 1: 2 to <12 years, and cohort 2: 6 months to <2 years) is currently under review by ethical committees. It is expected that the primary findings of these paediatric cohorts are known by Q1-2023 and, if successful, it will set the basis for the implementation of a phase 3 clinical study (expected to start in Q3-2023) to evaluate the efficacy, safety and tolerability of the selected KAF156/LUM-SDF dose/combination with Coartem® in the treatment of acute uncomplicated Plasmodium falciparum malaria patients.

Furthermore, under WP3, the partners also presented the molecular approach(es) to assess any selection of KAF156 resistance/tolerance associated genotypes and any non-selection of lumefantrine resistance genotypes after KAF156/LUM-SDF treatment. To date, the researchers have performed molecular analysis of Single Nucleotide Polymorphisms (SNP) of the gene PfCarl (marker for KAF156 resistance mutations) in samples from malaria patients treated with the KAF156/LUM-SDF combinations and found 2 novel point mutations which have not been reported before. Further molecular assays are in progress.